Who are the FEI and what is their role in equestrian sports? 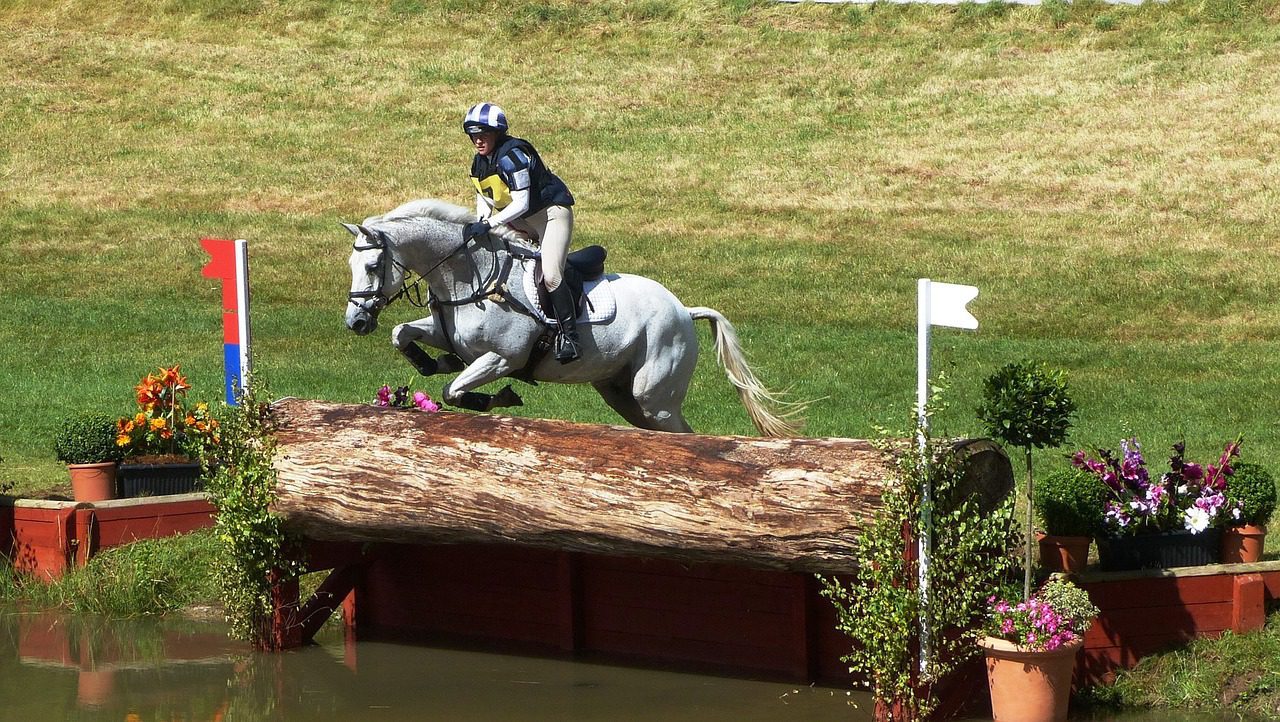 The plethora of National and International Federations and Governing Bodies, not to mention the myriad of rules, regulations, and codes of conduct in Equestrian Sport, can be more than a little overwhelming, but if you are planning to compete at any reasonable level then you will need to understand the hierarchy and structure of those organisations and ultimately who runs the show! This is a brief look at the highest sanctioning authority in Equestrian Sport, who they are, their role in equestrianism, and how they affect you the rider.

FEI stands for The Fédération Equestre Internationale (FEI for short) and is the International Governing body of equestrian sports. Very simply they are the highest authority in Equestrian Sport, responsible for developing the sport globally, and tasked with refining and improving the rules and regulations, and codes of conduct. This includes areas such as horse welfare, establishing regulations, and approving equestrian schedules for Championships, Continental and Regional Games as well as the Olympic & Paralympic Games.

This doesn’t mean that they themselves aren’t open to scrutiny. In fact, they have been benchmark tested in 2015 and 2019 by the Sport’s Governance Observer. During the testing, the FEI scored 76% in 2015 and 83% in 2019 rated as “Very Good” making them the best-performing Federation among the 35 Sports Federations benchmarked, being scored in four different areas (called dimensions) namely transparency (80%) internal accountability (85%), and societal responsibility (86%) while the organisation achieves a ‘good’ label within the dimension of democratic processes (79%).

The FEI is a non-profit making organisation and was established in 1921, headquartered in Lausanne Switzerland. The body is run by a board of elected officials that includes an executive board, and a general assembly. These are in turn supported by various bodies and committees, that provide advice and expertise in areas such as specific equestrian disciplines, medical and veterinary matters, audit, compliance and nominations, Equestrian Community Integrity, as well as legal and industry disputes. The FEI receives the lion’s share of its revenue from sponsorship agreements. 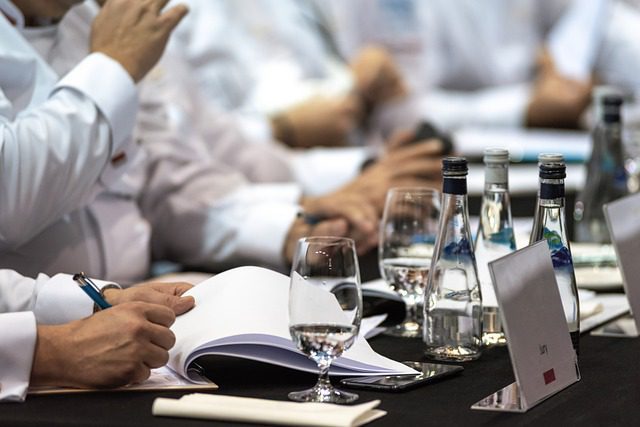 The Board is made up of an Executive Board, of elected officials consisting of the FEI president, two vice presidents, and Chairs of various Technical Committees representing each individual equestrian sport. The rest of the board is made up of one chair for each of the regional groups, audit and compliance, and the chair of the athlete’s committee. The board is responsible for defining general strategy, as well as business and sporting policies.

The current FEI president Ingmar de Vos took up the post in 2014 and has been re-elected for a third and final four-year term set to end in 2026.

The FEI’s Vision and Mission statement are: “To grow the unique and mutually beneficial bond between horse and human in the sport globally. To drive and develop the equestrian sport globally in a modern, sustainable and structured manner with guaranteed integrity, athlete welfare, equal opportunity, and a fair and ethical partnership with the horse.”

What games are the FEI responsible for?

The FEI is responsible for the Equestrian disciplines of Jumping Dressage and Eventing at the Olympic Games and Paralympic Games, the FEI World Equestrian Games which encompasses world championship titles in all Global Disciplines, the World Cup Series for showjumping, dressage, driving, and vaulting as well as all Regional, European, Continental and World Championships. 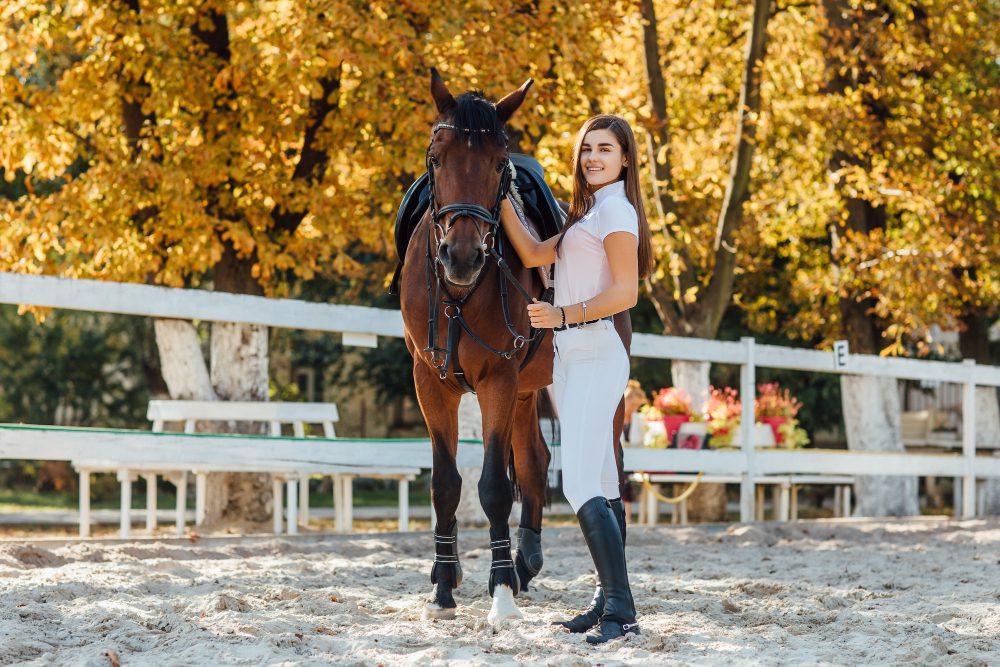 Each country is responsible for its own national dressage levels. In the UK this is the job of British Dressage and in the US it is the United States Dressage Federation. Once a rider has passed these levels they must compete under FEI rules for dressage in respect of the following competitions.

To qualify for any of the above tournaments, a rider must compete in the required number of qualifying competitions, have scored the required number of points, and be riding a horse that is 7 years or older.  Before you enter into an FEI-regulated dressage competition, it is now mandatory for you and your horse to be registered on the FEI database.

In addition, your horse must have a national passport that is approved by the FEI and a Recognition Card (this is the cover that wraps around your equine’s national passport and can be applied for by contacting British Dressage). The passport provides formal identification, proves horse ownership, lists up-to-date vaccinations and infectious disease tests, records any FEI dressage events that you have previously attended, and provides proof of any Equine Anti-Doping and Controlled Medication testing.

The Recognition card is not compulsory for horses competing in their own country of residence at CIM Events. In this case, your approved horse passport will be sufficient.

What are CIM Events?

What is the FEI database?

The database is the beating heart of the FEI. It contains detailed information on a number of different areas and is updated in real-time, such as:

For each category of dressage, the FEI produces a dressage test sheet. Each test stipulates the time it will take to complete the test, although this is only a guide.

It lists in order the required movement and which letters in the arena, the movement should pass or change at. Each movement can be awarded up to 10 marks and is accompanied by directive ideas and a space for judges’ remarks.

At the bottom of the sheet is space for the “Collective Mark”. This is a mark for general impressions of harmonious presentation of the rider/horse combination; rider’s position and seat, and discreet and effective influence of the aids.

Concours de Dressage International (CDI) is the competition rating for international dressage events. The rating is given by the equestrian governing body FEI.

In the section above we have seen some of the CDI categories, but the five main ones are labeled 1* – 5*

CDI 1* known as the small tour, include competitions – Up to FEI Intermediate I, including Intermediate I Freestyle with no minimum or maximum prize money.

CDI 5* known as the big tour and the ultimate dressage competition – FEI Grand Prix including FEI Grand Prix Special and /or FEI Grand Prix Freestyle. Minimum prize money of 72,200 euros with no maximum (Medium and small tour may also be scheduled.)

Only the most select venues are allowed to hold 5* competitions such as the Concours Hippique International Officiel an annual horse show held in Aachen Germany. You can only host a 5* event once you have hosted a successful 4* event and received a positive report from the judges.

How do you become an FEI official?

Firstly you must be active in an equestrian sport at your own country’s national level and would need to take the required FEI course for promotion. You should liaise with your National Federation to make a formal application for the specific course and role you are interested in. If you are accepted to the course and pass the examinations and meet all the requirements, you will be added to the FEI database as an official. There are nearly 15,000 officials in total, but they do not receive a salary, although may get expenses or a minimum daily allowance.

How do you become an FEI dressage judge?

Firstly you have to be experienced in judging dressage competitions in the UK. You should be at least a List four British Dressage judge to train at one and two-star levels and at least a list 3A judge for three-star and four-star.

Below is a breakdown of what level of competition a judge can officiate at:

What is the FEI Campus?

The FEI campus is a virtual education hub introduced by the FEI to provide knowledge and education to anyone in the equestrian community. All virtual classrooms and interactive teaching sessions are freely accessible via an e-learning platform and all of the courses and content have been compiled by equestrian experts and given the FEI seal of approval before becoming available.

The platform provides easy access to all the content and is split into two sections
Discipline Pages and Horsemanship pages
The discipline pages as the name suggest offer educational content on each of the FEI disciplines and their Official’s education for FEI certification.
The Horsemanship pages are aimed at anyone who has an interest in the Equine sector from Equine Health and Husbandry to horse conformation and behaviour and much more in-between.

This is a brief overview of the FEI and its role in Equestrianism, for more detailed information visit the website